World View and Current Events
What's the Problem with Women in the Pulpit?
the west women culture feminism

The role of women in church has been a topic of controversy in the West, and the question still comes up regularly today as church tradition is challenged by our culture. It causes us to wonder, "Is the teaching of the church on the role of women a faithful interpretation of Scripture or a justification of the male desire for dominance?"

Let's take a look at exactly what the Bible says about this issue. 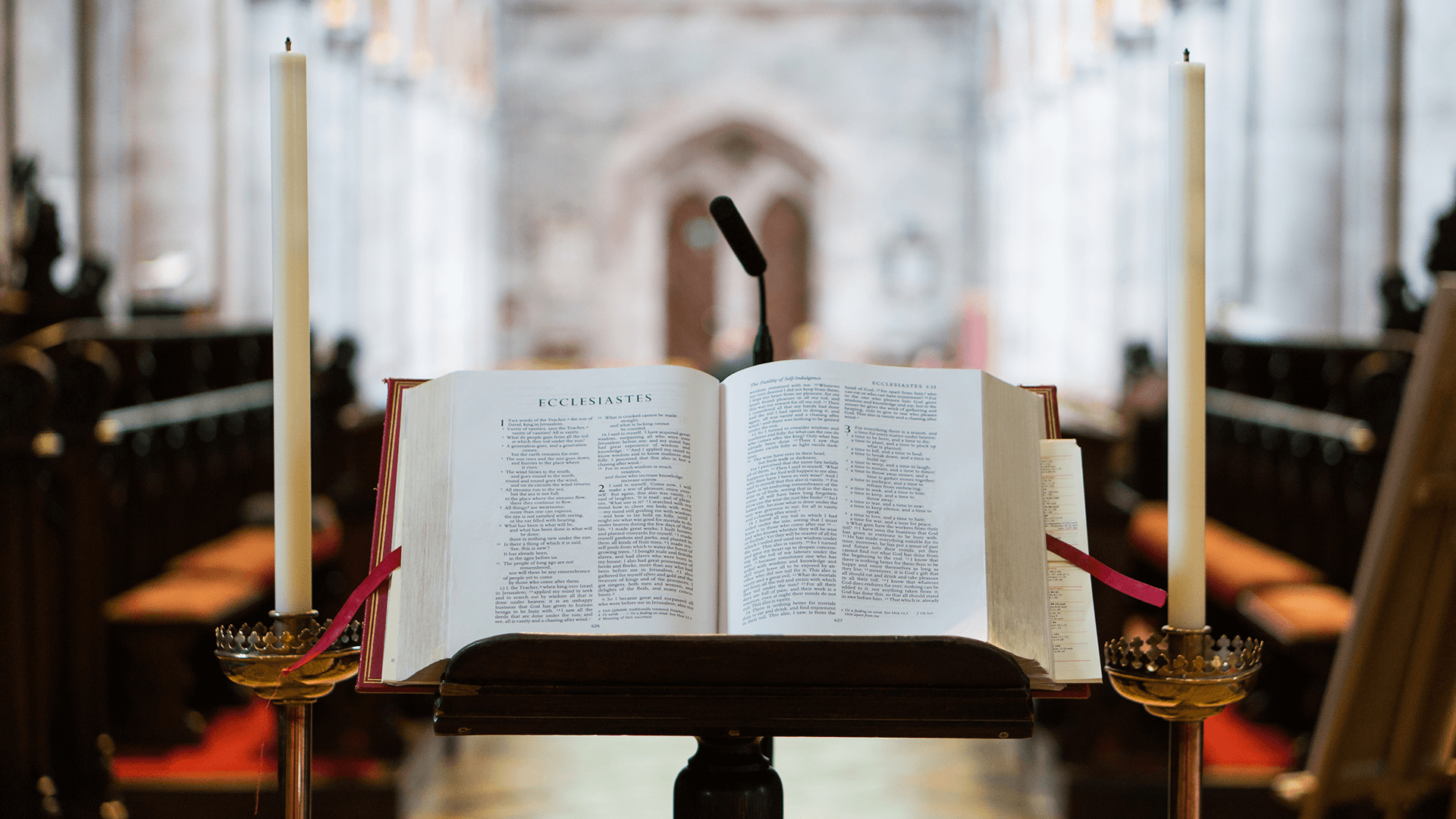 The principle of authority is clearly set out: no woman over any man.

Scripture shows us that Jesus Christ treated women as the fundamental equals of men. His attitude was revolutionary for the time and place in which He walked this earth. Jesus broke the social taboos of the time by going out of His way to speak to women who no Jew would have touched with a ten-foot pole. Women were among His closest followers; they accompanied Him on His travels, stood by Him in His death, and were the first to witness His resurrection.

God's Word also shows us that in the early church, women held positions of influence and leadership:

All of these passages demonstrate the love of God for women and the value they have in ministry for His Kingdom. But they do not directly answer whether women should have the role of pastor in the church. For wisdom on this issue, we must examine God's will for men and women more broadly as laid out in Scripture. And for that, we turn to the very first marriage in Genesis 1-2.

#2: GOD HAS ORDAINED UNIQUE ROLES FOR MEN AND WOMEN.

Scripture tells us that God created mankind in His image and that He created them male and female (see Genesis 1:27). Woman was formed from man, and the two are reunited in marriage as one flesh (see Genesis 2:21-24).

Between marriage partners there is an equivalence of status that can be compared to the co-equality of the Father, Son, and Holy Spirit. One does not take precedence over the other through any natural superiority. Marriage, likewise, is a union of two individuals who are spiritual, emotional, and intellectual equals. But men and women have a diversity of function.

This is also found within the Trinity: The Son came into the world to carry out the redemptive plan conceived by the Father (see John 6:38), while the Spirit carries the conviction of sin and the gift of salvation (see John 14:16-17, 16:7-8). In this distinction there does subsist a sort of precedence—the Son defers to the Father, and the Spirit is sent by the Father at the Son's request. It is not forced, not resented; it just exists.

As a reflection of the Trinity, a marriage confers on man and wife not just an equivalence of status, but a distinct delineation of roles. For example, at the fall, God revealed that Adam would struggle to provide (one of his roles) and that Eve would suffer in childbearing (one of her roles). God also determined that Adam should be the leader, answerable for their mistakes (see Genesis 3:16-17). (Much more could be said here regarding God's design for marriage that calls men to love their wives as Christ loved the church and for both husbands and wives to submit to one another, so if you would like to dive deeper here, you can explore Dr. Youssef's sermon series Marriage the Way God Intended It and Crafted: Marriage God's Way.)

When we apply God's design for marriage, for families, and for the home to humanity at large—which we must, since all of humanity is made up of these relationships—we can confirm that a woman should not be required to exercise a ministry that implies leadership over men because men in general are required by Scripture to exercise leadership in the home (see 1 Peter 3:1-8 and Ephesians 5:21-33). This is probably what Paul was getting at in 1 Timothy 2:12: "I do not permit a woman to teach or to assume authority over a man; she must be quiet." The principle of authority is clearly set out: no woman over any man.

#3: WOMEN ARE STILL CALLED TO LEAD.

This does not mean that women should think themselves suppressed or restricted. Rather, the Christian interpretation of self-sacrificing, servant-leadership for men is actually empowering and uplifting for women. A godly husband will, as a part of his love for his wife, work to ensure that she uses her God-given talents, which may include serving in supplementary women's leadership. These roles could include serving on committees and trustee boards or serving as leaders over the parts of the congregation made up of women (which in most cases is more than 50 percent of the church).

God's design shows us that the only tree in the garden whose fruit may not be picked is that of spiritual authority. Beyond that single caveat, there should be the same creative sharing of work between the sexes at church as there can be in the home.